When the white European male sets the standards the world follows, this doesn’t make it true but creates an illusion. To speak of a reality where light skin, light eyes, and tall slender bodies are presented as the benchmarks of European dogma a spectacle of breathtaking provincialism – “The universal standard of beauty“ It universalizes the concept of whiteness to epitomize beauty around the world. It suggests, perversely, and seriously, dictates what is beautiful and what is not.

In the land of Vivid Colors and Exquisite Architecture, where the 5th largest film industry in the world “Bollywood” thrives with its wholesome view on sexuality, there lies just beneath the surface a dilemma of “Colorism” and “Shadeism” which are problematic concepts where light skin is more favorable and darker skin is inherently less attractive. This concept or belief has turned the skin lightening epidemic through the advertising campaign of “Fair is Lovely” into a billion dollar industry. Where did this begin? Through colonization by Great Britain in the 17th century, where dark-skinned Indians were conditioned to believe that having light skin was a prized possession. India’s skin lightening industry is estimated to be nearly a billion dollar industry. Fairness is a booming industry. Around 75% of woman and only 25% of men say that they use fairness creams to lighten their skin.  Light skin was also associated with status, attractiveness, and desirability. The “Unfair and Lovely” campaign is debunking the myths of Shadeism and promotes unity among the darker women and girls the world over, they express their personal challenges with confronting the Isms: Colorism and Shadeism. Way to Go ladies! #unfairandlovely

Meet the beautiful Trina Moitra, who is more than a pretty face, she possesses a kind and loving character. She is a senior branding consultant and the Head of Marketing at Convert.com. She loves delving into different cultures and is passionate about beauty without boundaries or inhibitions. 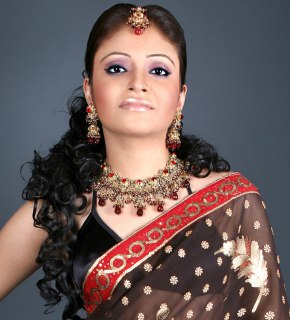 Q: On the color chart in India, what are you considered? Light or Dark?

Trina: I am considered somewhere between fair and very fair.

Q. How has your skin color affected your life? In your career, dating, or marriage if that applies.

Trina: I can’t think of an instance where my skin color has helped me in my career. But being “presentable” overall definitely has. Even in online settings where people don’t see my face to face, is well put together has won me a distinctive edge. In the marriage market though complexion still rules for the majority of people. If you’re “fair” and have clear skin, that’s literally half the battle won. Especially for women.

Q: Do you think that “Colorism” started with the caste system in India?

Trina: Not really. I think colorism is the persistent residue of colonial dominance in India. You won’t see too many of the Millennials subscribing to this mindset of “fairer is better.” They are open and accepting of all skin tones and complexions. But Generation X in the country is still besotted with white. I know it sounds racist, but in my personal opinion, that is one of the main reasons why Indians have continued to revere the white skin. As the old colonial wounds heal from the psyche of the nation, this obsession too shall pass. As a darker skinned race, we will always find being fair fascinating just because it is so different. But it will be a matter of curiosity or aesthetic appeal and not a yardstick to measure potential or worthiness with.

Q: How are the darker women treated in India?

Trina: As I discussed, the Millennials are more into how to clear someone’s skin is and not the tone of the skin or the complexion. But in the marriage market, very dark-skinned women may have a harder time finding someone suitable.

Q: Why do you think there is a skin lightening epidemic across the world?

Trina: I think this epidemic is very much restricted to the East. As far as I know, most Africans who still reside in the country respect their ebony skin. They even dye their palms a pitch black during weddings and the darker a lass, the more beautiful she is. I find this fantastic and very much, worth emulating. Skin lightening is generally done because of two reasons: – To be more beautiful. I get this because most of the glitz and glamour in the world can still be traced back to the West. Power is continuously associated with countries like the US and the standard of beauty there is primarily porcelain skin, blonde hair, and a svelte figure. People who are mostly in the public eye want to conform to this standard. – To be more worthy. This is more so a trait in races that have been oppressed by Caucasians. The taking on of the “white” skin is, in a way being equal to the status of those who have always exerted control over the lives of the darker skinned individuals. This might actually be an unconscious motivation.

Q: How much annually is spent in your country on skin lightening?

Trina: The skin lightening market in India is projected to touch US$31.2 billion by 2024.

Q: How old were you when you discovered that the lightness of your skin would play a critical part in your success in life?

Trina: Around 16 or 17, I realized that I had a subtle advantage, but I didn’t really feel that my peers who weren’t light skinned were disadvantaged.

Q: Are there any Bollywood actresses that speak against colorism? If so, what do they say about it?

Trina: The two divas who come to mind are Priyanka Chopra and Nandita Das. While Priyanka Chopra speaks holistically about being enough and treasuring one’s authentic self, Nandita Das is more vocal about the trend of skin lightening. She has appeared in several “Stay Unfair” campaigns that are a rebuttal to the “Fair & Lovely” advertisements advocating skin lightening products.

Q: Do you think parents are responsible for teaching their children that they are special no matter their skin color? What did your mother teach you? What would you teach your future daughter?

Trina: ABSOLUTELY. Parents need to take some time away from grilling their children about studies and achievements and instead focus on ensuring they know that they are enough – just the way they are. The works of experts like Marisa Peer show that a sense of belonging, a positive frame of mind and unshakable faith in oneself drive success in life. Not how many hours a child studies.

Q: What advice would you give to darker Indian girls about skin color issues?

Trina: Do you really crib about the fact that there are purple flowers? A flower – regardless of its hue – is treasured because of its scent and its uplifting qualities. And a purple flower blooms big and bold, even though a white rose may be right beside it. There are some critical lessons in these analogies. A. We are unique, just because we are “we.” And we need to add to who we are with our qualities, not necessarily our appearance. B. Just because someone else is fair or light skinned shouldn’t detract from your glory. They have a different life path. Maybe their complexion suits them as yours will surely serve your unique challenges and gifts. C. If you want to lighten your skin, do it because you genuinely love the concept of “being fair.” Not because you feel you have to conform to a pseudo-standard of beauty. If it brings you joy (and doesn’t hurt your health) it is fair game – pun intended.

Q: What do you think about the fair and lovely campaign in India?

Trina: Won’t lie. I fell for it in my college years. Even though I am already light skinned. The Fair and Lovely campaigns don’t really fight above board. They link complexion to having a more comfortable life. Which is valid to some extent but who wants to keep pandering that destructive notion. If they really limited their portrayal to being light skinned for the sake of being light-skinned, not many people would pay attention! Good marketing, lousy message.

Q: What is the answer to “Colorism” in India?

Trina: The only answer is to make sure everyone – not just girls – understands that they are enough. Healthy self-esteem is essential. The next step would be to encourage positive body brands like Dove, which are working to reinforce the statement that beauty comes in all shapes, sizes, and colors. Life’s too short to live with cultural baggage. Dump it already. 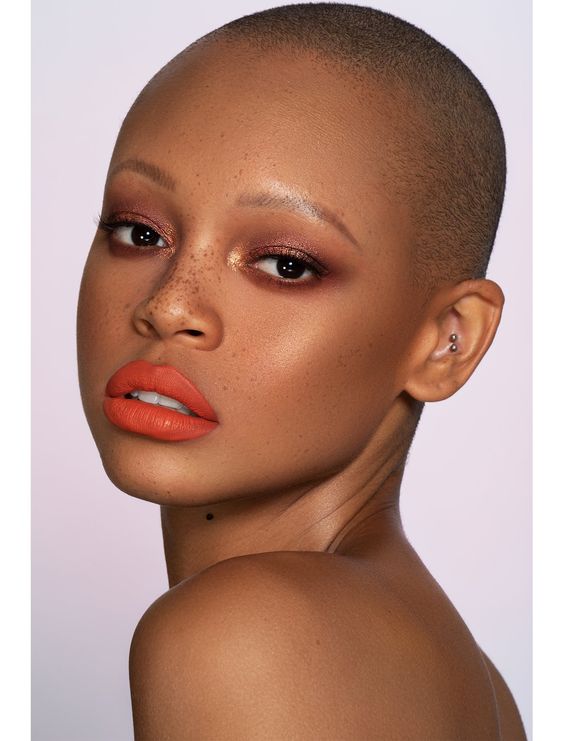 Welcome to the official site for – The Perfect Human Face.com – your destination to the most beautiful faces the world over. We are bringing the science of facial beauty with our state of the art facial ranking technology. A special thanks to all the photographers that have contributed to our site without you this could not be possible. Please remember that every face has at least one beautiful feature and our individual uniqueness comes from the creator of the universe. 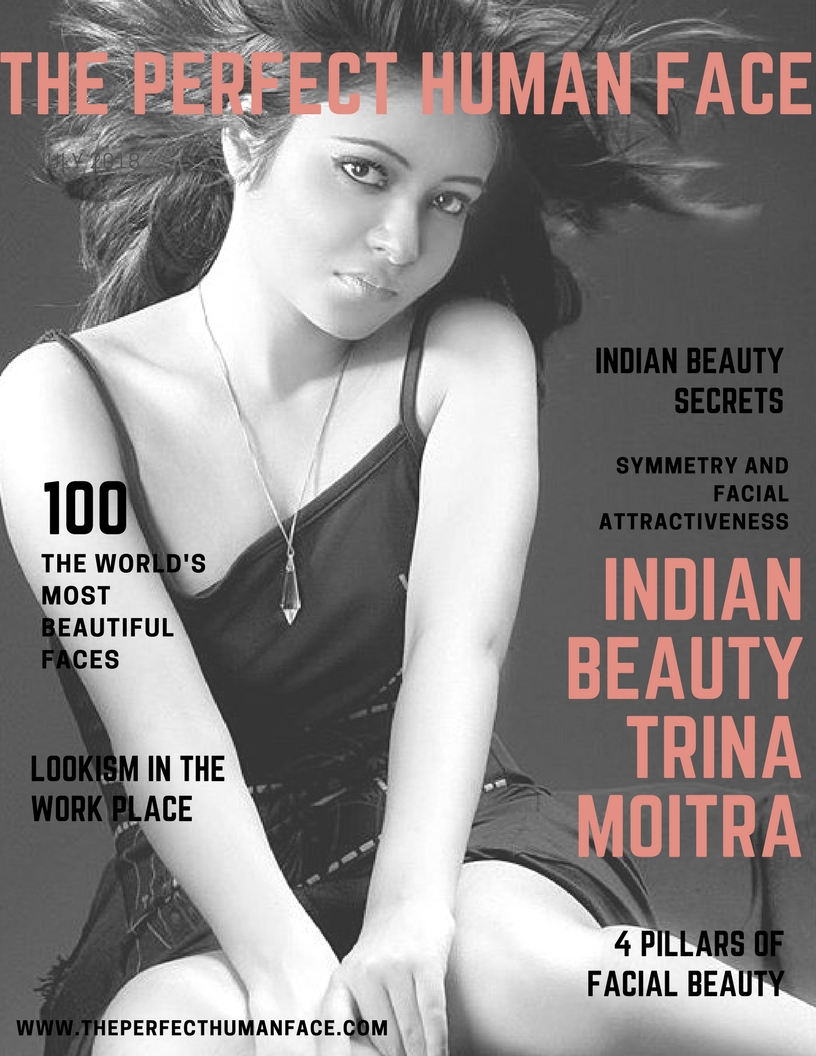 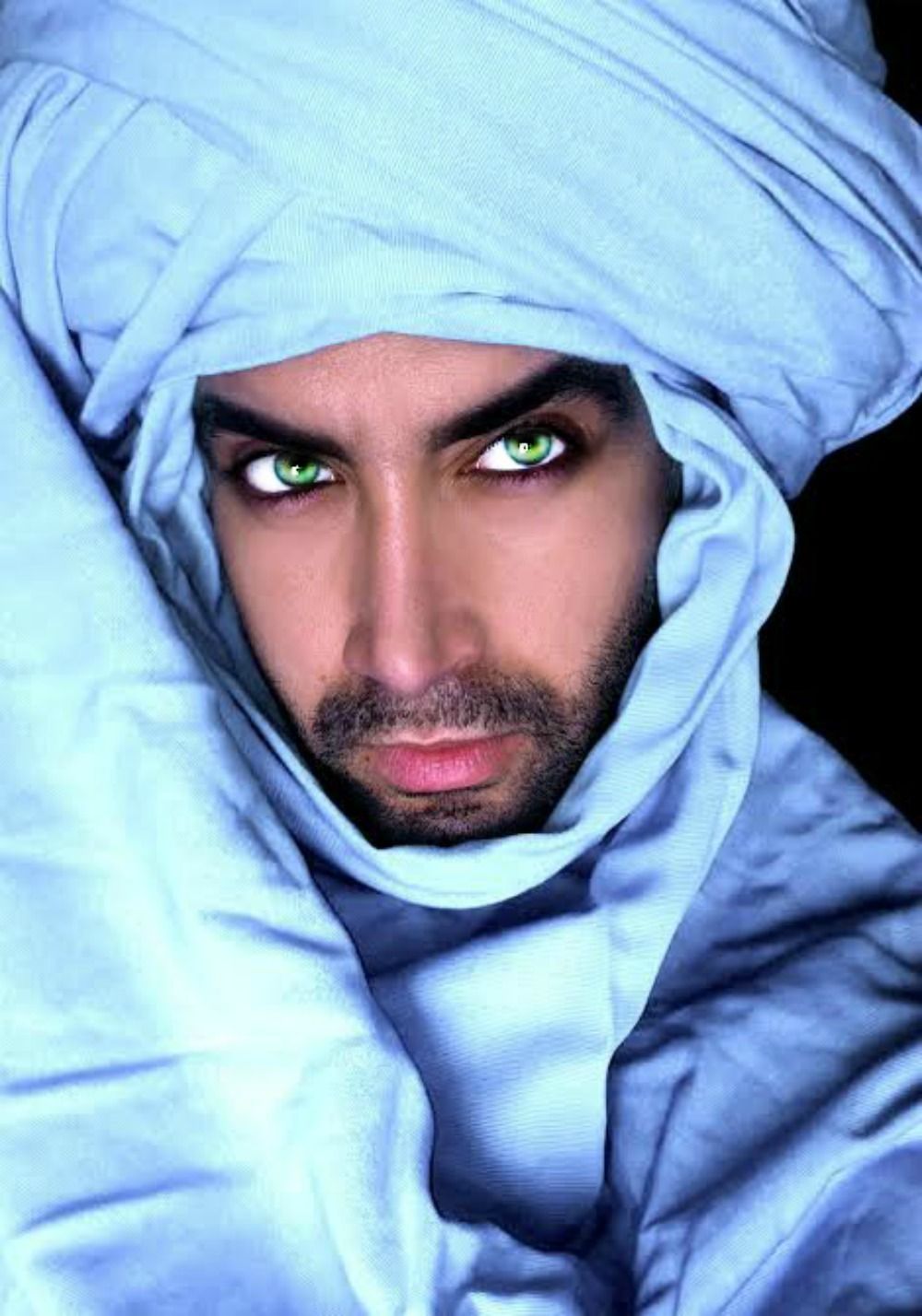 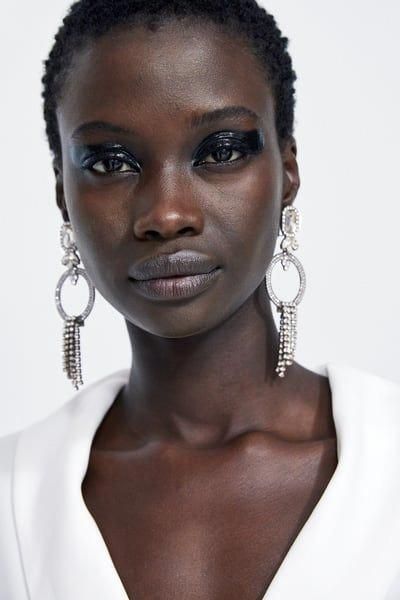 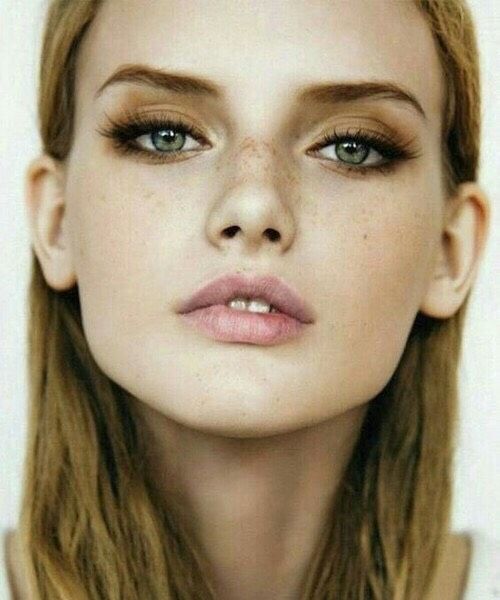 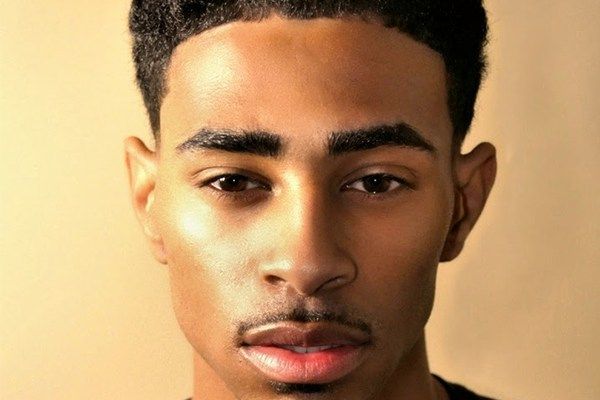 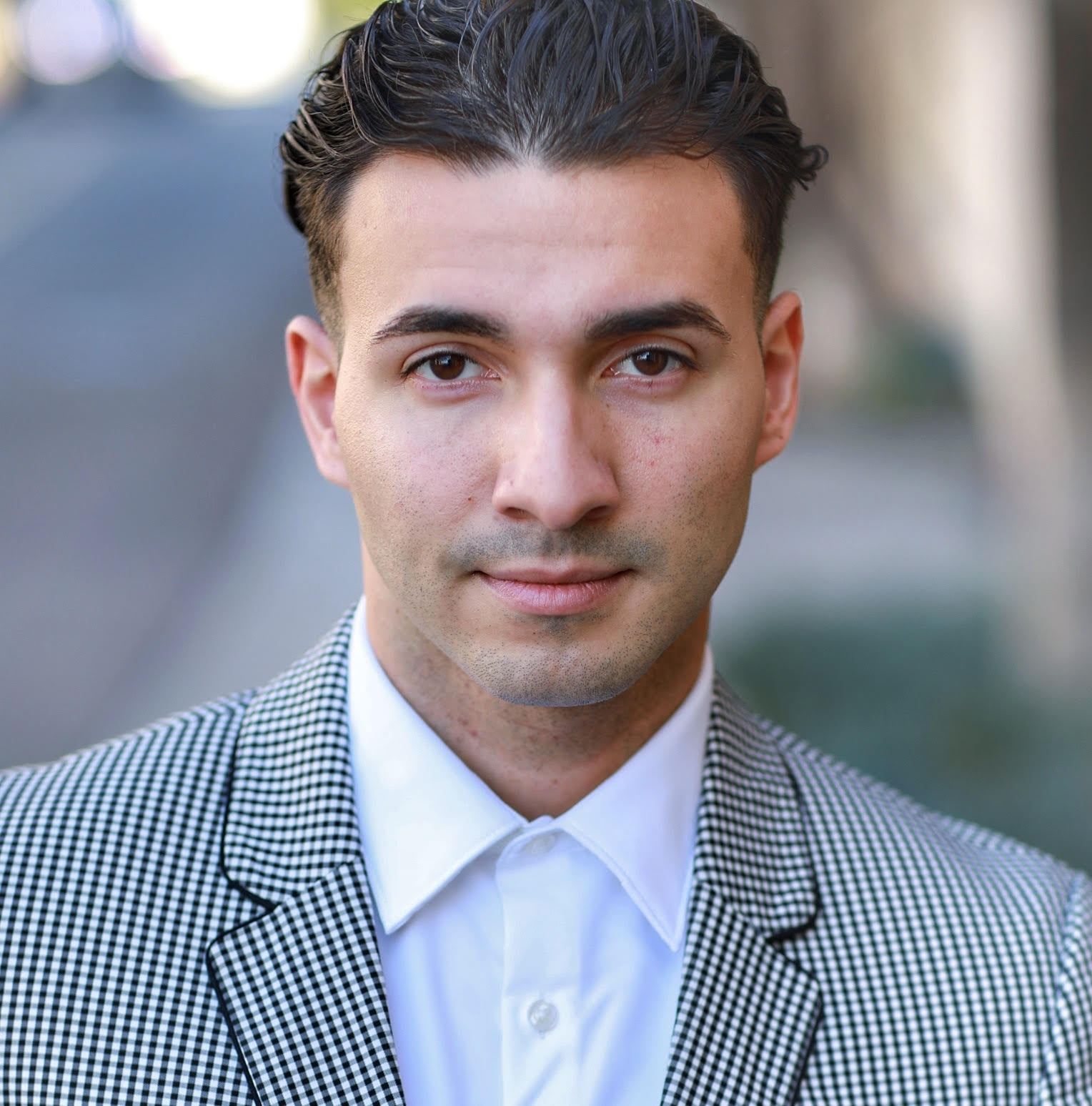 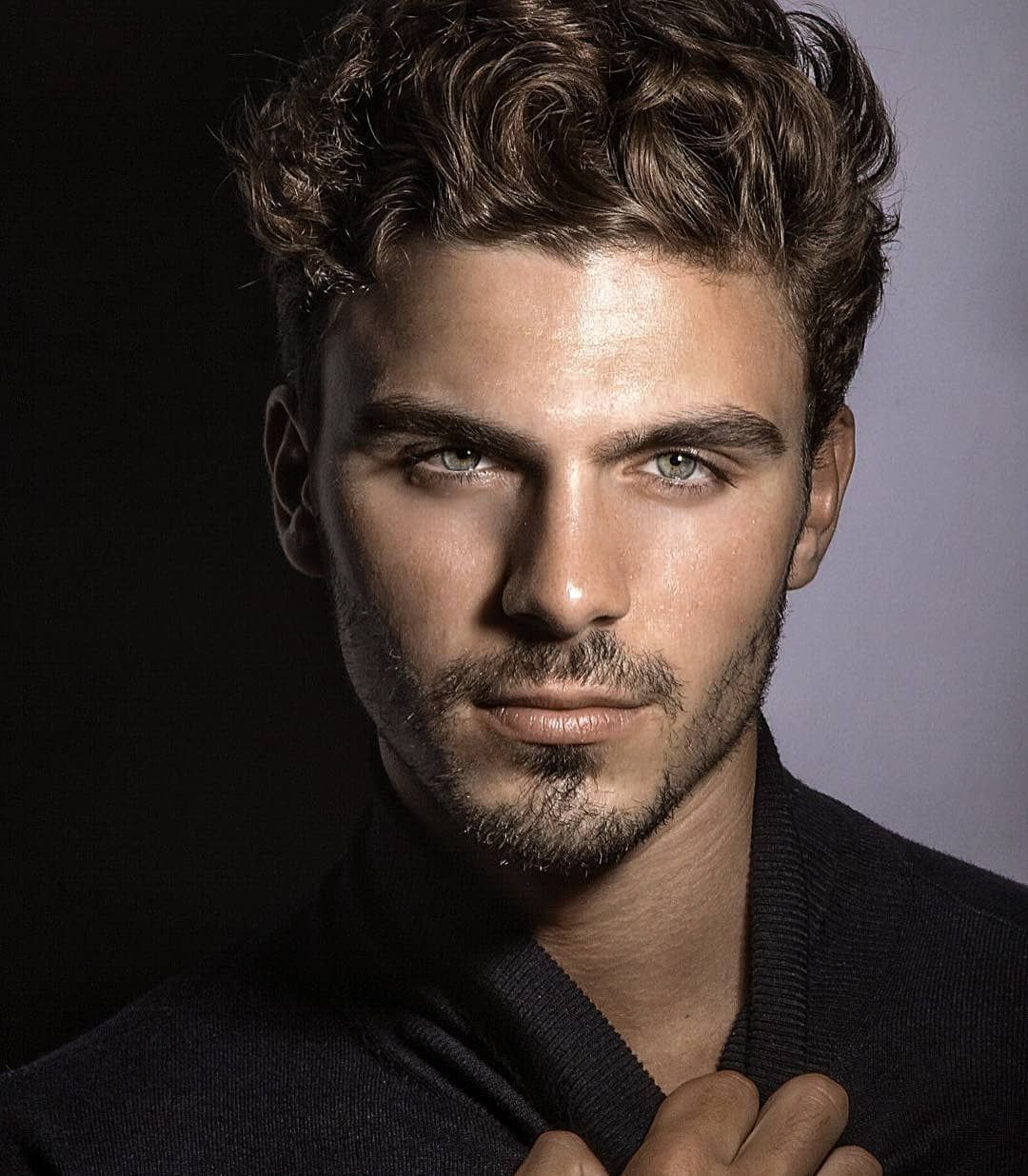